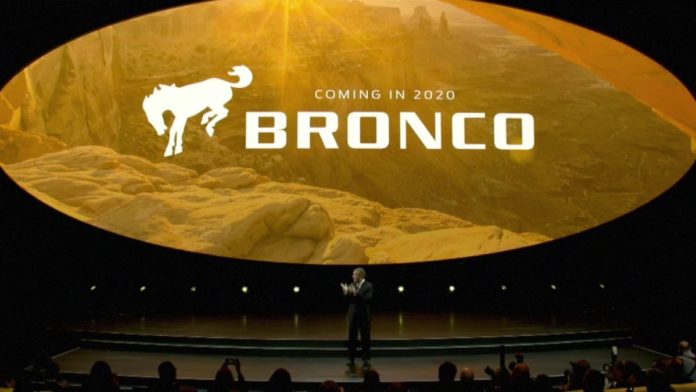 Due to the Coronavirus outbreak, the debut of the Ford Bronco SUV has been rescheduled. SUV version will rival the famous Jeep Wrangler. On the other hand, rumors about Ford Bronco Convertible Pickup are present more than ever. According to various reports, this pickup will go on sale before 2022. It will rival Jeep Gladiator pickup that has been recently introduced. Of course, Gladiator is based on the Wrangler-SUV so Ford plans to tackle both SUV and pickup segments.

One thing that separates Gladiator from the rest of the pickup trucks is its convertible variant. It is the only open-roof pickup at the moment. Hopefully, Ford Bronco Convertible will arrive at some point next year. So far, only the patent images and renderings are available. Of course, the highlight of Bronco pickup is its removable roof and doors. Let’s find out more about this brand-new model.

Bronco Convertible Pickup – What We Know So Far?

We won’t write about possible engine options, off-road packages, and trim levels. It is too early to speculate and predict, you must agree. Instead, we will focus on expectations and the rivalry between Ford Bronco Convertible and Jeep Gladiator. Originally, Bronco SUV has been announced as the Ranger-based SUV. Of course, we are talking about the next-gen unibody Ranger pickup truck. Later this year, we will see a two-door and four-door versions of SUVs.

Additionally, a unibody pickup truck is also an option. Reportedly, leaked information is confirming this model for 2021. On the other hand, the first reports suggested a pickup version in 2024. Now, more reliable reports are saying it will arrive by 2022. Besides the pickup variant, Ford will introduce the “Baby Bronco” model and the Bronco Sport version.

Recently published patent of the Ford Bronco Convertible Pickup strengthened the speculations. The very same patent is showing a pickup truck with a removable hardtop roof. Additionally, the roof can be stored on a unique bracket that is mounted in the bed. Of course, this patent does not prove Bronco, but it is something that makes perfect sense.

More skeptical fans believe that this is a patent for the next-generation Ford Ranger pickup. Interestingly, but Bronco and Ranger will share the same platform. Lastly, recent spy photos are showing a test mule which appears to be Ford’s new pickup.

As we said, Bronco SUV will rival the Jeep Wrangler SUV. New Jeep Gladiator is based on the Wrangler model so there is an only logical rival for the upcoming Ford Bronco Convertible. Bronco and Gladiator will be very similar. Two models will have a lot in common. Off-road orientation is perhaps the biggest similarity. On top of that, a removable roof and doors are another similarity.

Both models will be open-roof pickups or to say “convertible pickups.” The story goes on with four-door configurations and a lot more. In our opinion, this race will be decided by the vehicle’s practicality and of course, the performance. We are still waiting for official confirmation. One thing is certain, demand for the Bronco Convertible Pickup will be very high.

2022 Nissan Navara Could Get Some Sort of Electrification