Home Nissan 2024 Nissan Titan Could Be the Last Model Made 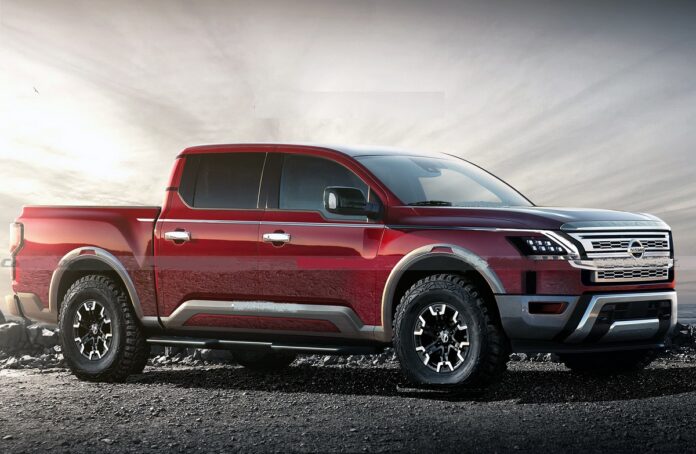 The 2024 Nissan Titan is reportedly on the way. Several different sources assert that Nissan will not produce the Titan truck beyond the current model year. Anyway, from the information that we got, the manufacturer will introduce the new truck with some tweaks here and there, making it more dominant.

We can expect the same engine to be offered once again. This means that a potent 5.6-liter V8 engine with up to 400 horsepower will be standard. At this point, Ram, Ford, and Chevrolet are the three most dominant automakers in the full-size pickup truck segment.

The modern design will be present, and the 2024 Nissan Titan can accommodate the vast majority of customers’ requirements. Despite the fact that it does not have the eye-catching quality of its rivals, this truck still dominates with its dynamic design. Thanks to that, it features a powerful front end with a gorgeous grille finished in satin chrome and LED headlights.

The trim that we recommend is the Midnight Edition, which comes standard with a crew cab. This model features wheels that are 20 inches in diameter and a variety of exterior embellishments that are finished in black.

The inside of the 2024 Nissan Titan is quite luxurious and well-appointed. One of the most recent modifications is a brand-new infotainment system, a heads-up display, and a digital instrument cluster that has a screen that is 12.3 inches in size.

Details About the Engine

The current model is powered by a 5.6-liter V8 engine that can produce up to 400 horsepower. The very same engine will once again be available to users. Also, it was rumored that there would be an increase in the amount of power, but that did not occur. Another report centered on a V6 engine with a displacement of 3.0 liters and two turbochargers. Some people thought that this engine and an electric motor would be used together in a plug-in hybrid system.

On the other hand, the Titan XD will be powered by the same V8 engine. Also, you can selecting the same 9-speed automatic transmission as in the previous model. Even if the performance is quite good, it is not good enough to compete in the market in the United States. Nissan has high hopes for the development of fully electric cars, so it is possible that in the future the company will make an all-electric pickup truck.

According to the information that we now have, the base price of the 2024 Nissan Titan will be $41,500. Production of the Titan pickup truck will come to an end after the year 2024. However, the beginning of sales of the new truck is scheduled for the following summer.

2024 Nissan Titan XD to Introduce a Variety of Upgrades

2024 Nissan Frontier Could Get Some Modest Upgrades Next Year