Home Ford 2024 Ford Ranger: Everything We Know So Far 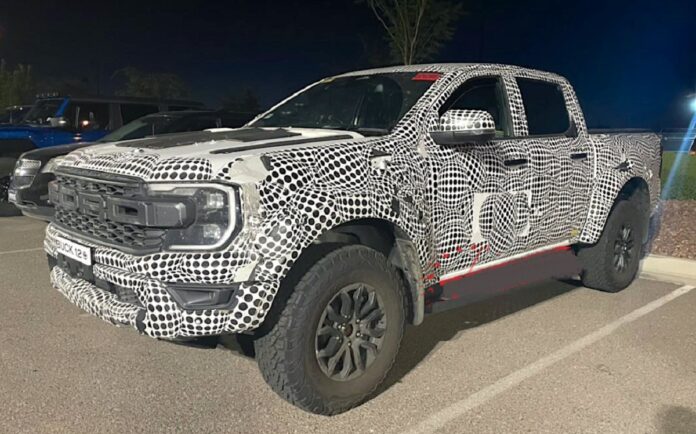 The 2024 Ford Ranger is getting a big makeover next year. Like the recently introduced Ford F-150, the new truck should feature identical aggressive up front. It will also gain some mild upgrades on the back but noting significant compared to the current model. Besides exterior changes and upgrades, the forthcoming truck will introduce various improvements inside as well. The crew cab setup is the only option, offering more room than you can imagine.

We also expect to see a bigger infotainment touchscreen similar to what we saw on the Edge model. As for the engine, there will be some mechanical improvements as well. We also expect a high-performance Raptor variant, which should introduce more off-road features.

Based on the larger Ford F-150, the new 2024 Ford Ranger will come with an identical front end. Of course, the designs and lines will differ, and the Ranger has its own uniqueness. As before, buyers can expect the new truck to be offered with a few trim levels and optional packages.

For example, you can get a Tremor package that will make this truck more aggressive or the XL trim level that sports more black elements this time. As we said, the most favorite variant is the Raptor, which transforms this truck into one of the best off-roaders.

Besides exterior tweaks, the cabin of the 2024 Ford Ranger will get some significant modifications. First of all, the manufacturer will add more premium materials, making a more upright interior design. The design is modern and it comes with an available digital gauge display, textured dashboard trim, and honeycomb-patterned air vents.

Just like the current variant, the new 2024 Ford Ranger will use the same engines, per source. The base 2.3-liter gasoline produces 270 hp and 310 lb-ft of torque and is paired with a 10-speed automatic transmission. The platform is unchanged, so the Ranger model will once again come with the RWD system as standard.

Besides the gasoline engine, Blue Oval will also introduce a new diesel V6 engine. The most powerful variant is a Ranger Raptor, which comes with a 3.0-liter twin-turbo V6 engine. This engine is able to generate up to 400 horsepower and 430 lb-ft of torque.

From the information that we got, the forthcoming 2024 Ford Ranger will cost $25,000 or slightly more. As we said, the new model is spied recently tested, featuring many upgrades. If you’re looking for something unique, the Ranger Lariat and Ranger Raptor models are the ideal choices and both will cost over $40,000.

This mid-size pickup truck will rival Chevrolet Colorado, Toyota Tacoma, and other ones when it hit the dealerships in the summer of 2023.