Home Lordstown 2023 Lordstown Endurance: Everything We Know So Far 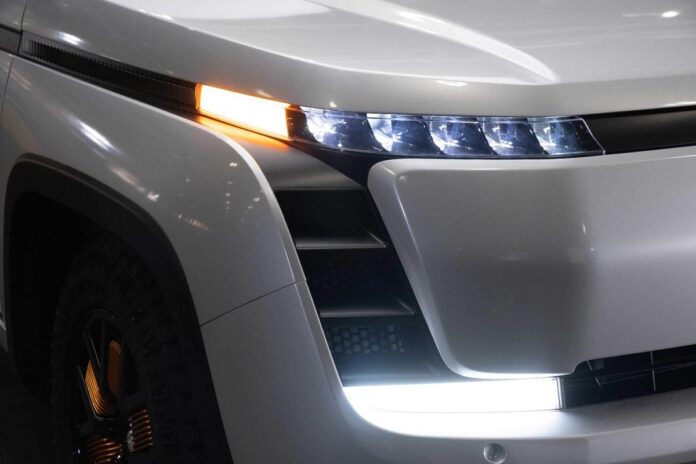 The 2023 Lordstown Endurance is an upcoming electric pickup truck that will go on sale later this year. Lordstown Motors company recently stated that the EV pickup would be the first one that would rival models such as the Rivian R1T, the GMC Hummer EV, and the Ford F-150 Lightning.

Thanks to a powerful motor setup, the Lordstown Endurance should be able to provide about 250 miles of driving range. Also, it will make 600 horsepower, and it tows up to 6000 pounds. Unlike the Tesla Cybertruck that starts at 39,990, the Endurance pickup will cost more than $50,000. However, it’s still early to be discussed, considering that the company hasn’t mentioned what options and trim levels will be available.

The design of the forthcoming 2023 Lordstown Endurance is pretty handsome. According to the information that we got, this pickup truck will offer excellent off-road performance and higher ground clearance than the Ford F-150 Lightning. Thanks to that, it will be able to go over tough obstacles.

Overall, its design is eye-catchy, and we like its sharp lines on the front. We also noticed very attractive and tiny LED headlights, as well as fog lights. On top of that, the Lordstown Endurance rolls on absolutely unique wheels that are dressed with off-road tires.

Inside, the 2023 Lordstown Endurance has a very modern and elegant cabin. We like its cabin because it’s not as flashy as the cabin we saw on its rivals. The dashboard comes with straight lines and the steering wheel appears to have touch-sensitive controls.

On the other hand, the cabin is spacious, and the Endurance has a four-door, crew-cab body. Thanks to that, it should provide enough room for four-five passengers. Based on new photos, we can expect a large touchscreen compatible with Apple CarPlay.

From information that we got, the forthcoming 2023 Lordstown Endurance will make a combined 600 horsepower from dual-motor system. This four-wheel-drive truck features an electric motor that is attached directly on each of the truck’s wheels.

We’ve heard that the Endurance with full battery charged will be able to travel around 250 miles, but the company hasn’t released information about its battery capacity yet. Anyway, the Lordstown Endurance falls short compared to Rivian R1T’s maximum estimate of 400 miles.

Lordstown has said that the new Endurance electric pickup will be able to tow up to 6000 pounds, but, unfortunately, we don’t have any details about its payload capacity. Compared to the other models in the class, the Endurance is actually closer to unibody pickups such as the Honda Ridgeline and the Hyundai Santa Cruz.

Lordstown management recently revealed that they are targeting a starting price of $52,500 for the forthcoming Endurance. Unfortunately, as we said, they didn’t mention what options and trim levels will be available. We expect this truck to join other EV pickup trucks sometime later this year or eventually at the beginning of the next one.