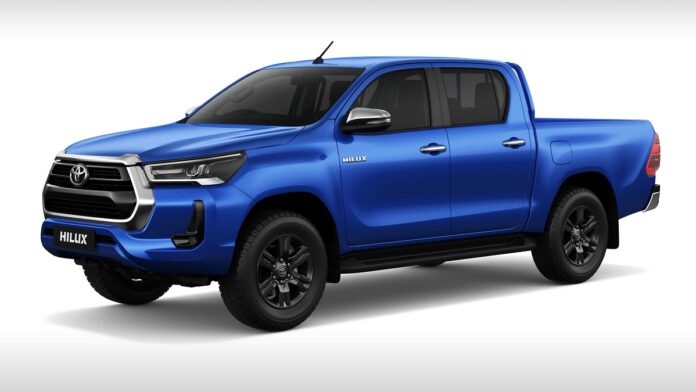 The forthcoming 2022 Toyota Hilux is getting a significant overhaul this year. This pickup truck is top-rated in Australia, and it’s the best-selling model. Besides a bolder, tougher-looking face, the forthcoming pickup will also introduce a new cabin featuring more standard equipment. On top of that, the Toyota Hilux offers a smooth diesel engine and options to choose the two-wheel drive or dual-range 4WD system, which is very good for off-roading.

Toyota recently reveals that redesigned version will be available at the end of this year. However, pricing is not yet revealed, but it will be slightly higher from many speculations.

The next generation 2022 Toyota Hilux will arrive more modern. However, according to the latest images, it will only get mid-cycle improvements. The same platform is bellow, but with even better and lighter materials. Generally, this should result in better fuel efficiency for all models.

The new half-ton truck features a tougher-looking face with a reshaped grille and a noticeable treatment on the headlights. The dimensions and the vehicle’s shape will remain the same as before. Also, Hilux will be available with three cab setups, including single cab, extra cab, and double cab configurations.

The 2022 Toyota Hilux interior will be more modern, keeping the same seating layout. However, the cabin design won’t change significantly compared to the predecessor. Generally, the interior already looks stylish and upright, and there is no need for some drastic changes. Toyota plans are to add more technology and make seats more comfortable using some premium clothes.

Under the hood, the forthcoming 2022 Toyota Hilux will deploy two potent engines. The base one is a 2.4-liter engine that generates 150 ponies and 295 lb-ft of torque. However, a more potent engine is a 2.8-liter turbodiesel engine with 175 hp and 330 lb-ft of torque. According to the latest news, both models will be available with eider automatic and manual transmission.

Moreover, like the previous generation, the new one comes in standard form with the two-wheel drive system, while four-wheel drive (4WD) is still optional. The hybrid powertrain is also rumored, but we are waiting for official confirmation from Toyota.

The facelifted 2022 Toyota Hilux will offer a more attractive design that includes a revised grille, a better-shaped LED headlights, and dimensionally the same cab as its predecessor. Besides exterior upgrades, the new model will also feature better materials and technology.

Toyota stated that Hilux would arrive at the end of this year, starting slightly higher than the current model that cost around $22,000. The final thought is that Toyota HiLux is an excellent pickup truck with great value for invested money.